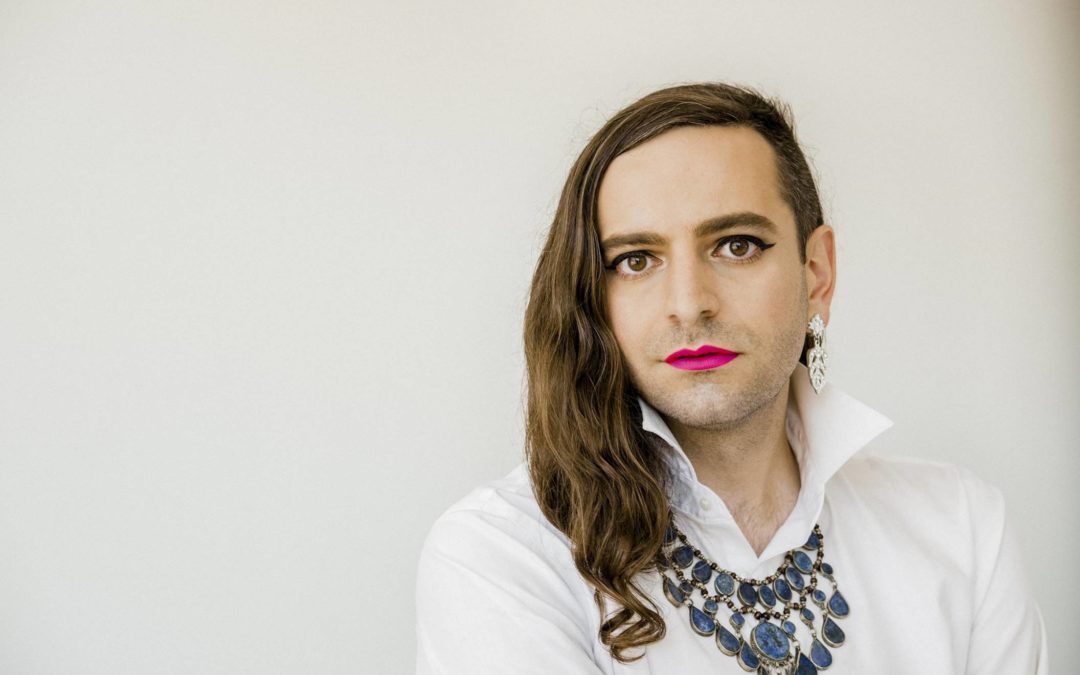 Jacob Tobia joins us for our service on Sunday, July 14th, at 10:45 am, and will give a talk.  Please join us! All are welcome.

Jacob Tobia is a writer, producer, and author of Sissy: A Coming-of-Gender Story with Putnam Books at Penguin Random House. From interviewing former US Presidents to working with queer and trans youth, Jacob helps others embrace the full complexity of gender and own their truth, even when that truth is messy as hell. Currently living in Los Angeles, Jacob was recently named to the Biden Foundation’s Advisory Council for Advancing LGBTQ Equality and the Clinton Global Initiative Honor Roll.

A member of the Forbes 30 Under 30 and the OUT 100, Jacob made their debut on the national stage when they were interviewed by Laverne Cox as part of MTV’s The T Word. In 2015, Jacob was profiled by MTV in the one hour, GLAAD Award-nominated episode of True Life: I’m Genderqueer, and in 2016, Jacob created, coproduced, and hosted Queer 2.0, a first-of-its-kind LGBTQ series for NBC News. In 2017, they served as the Social Media Producer on Season 4 of Amazon’s Emmy Award-winning series,Transparent and collaborated with Instagram and GLAAD to produce #KindComments, a custom campaign for Trans Day of Visibility that was viewed over 14 million times. In 2018, Jacob produced and starred in a critically acclaimed revival reading of the Pulitzer and Tony Award-winning play I Am My Own Wife and was announced as the new face of Fluide Beauty, a line of trans and queer-inclusive makeup.

A Point Foundation Scholar, Harry S. Truman Scholar, and recipient of the Campus Pride National Voice and Action Award, Jacob has captivated audiences at Harvard, Princeton, Columbia, Yale, South by Southwest, and conferences across the country with their message of personal fabulosity and social change.  Their writing and advocacy have been featured on MSNBC, MTV, The Washington Post, The New York Times, TIME, New York Magazine, Teen Vogue, Playboy, The Guardian, and Jezebel, among others.